Dr Obote College Boroboro has edged 7 other schools to win this year’s Science and Technology Innovations Challenge, hosted by iLabs@Mak Project, one of the research projects at the College of Engineering, Design, Art and Technology. 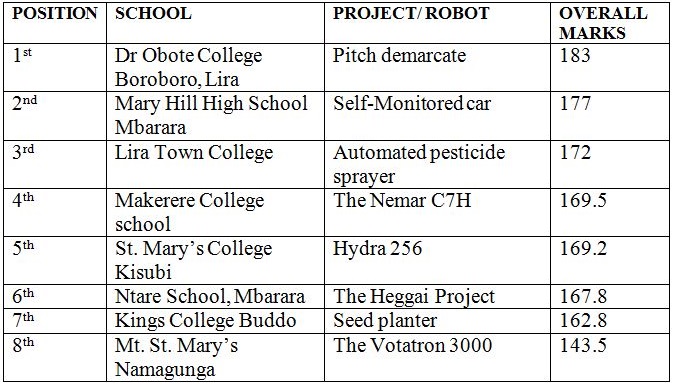 The competition involves building robots that address society problems, disassembling and assembling of mobile phones and a question and answer session, testing their understanding of the world of science.

The winning school built a robot that demarcates pitches. The robot is programmed to demarcate a football march, a cricket march, and a basketball pitch etc. Name it and the robot will do a perfect job.

Dr Obote College Boroboro, Lira walked away with 20 computers for the school’s e-learning and 8 smart phones all courtesy of Huawei, the biggest sponsors and supporters of the science and technology innovations challenge. This year, the iLabs@Mak project also got support from Airtel Uganda who gave way 3 smart phones to the best presenters from the 3 regions. 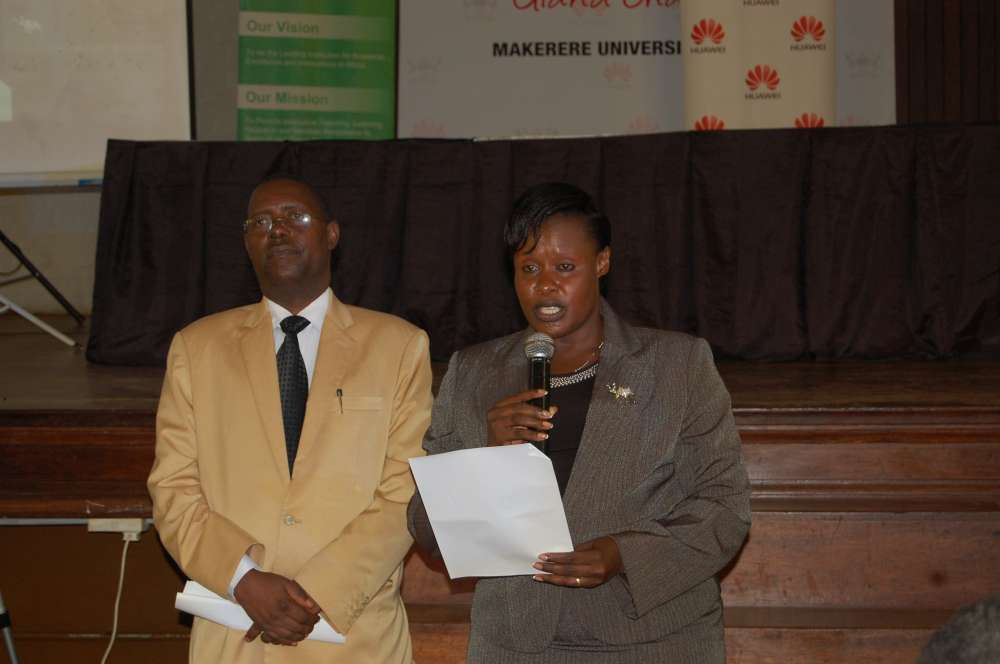 The First, second and third runners-up also walked away with smart phones from Huawei Technologies Uganda.

The guest of honour, Hon. Jessica Alupo, who was visibly impressed by the student presentations, pledged government’s continued support to science and technology. She called on more secondary schools to engage in the Science and Technology Innovations challenge.

“As the Minister of Education and Sports, I am proud of Makerere University, the fact that I am a humble alumnus, notwithstanding. This University, the oldest in the country has of recent lived up to expectations, with the rise in its ranking underlying the research and innovations being churned out. I pledge that Government, through my Ministry, will continue to support the University in all possible ways to ensure that the great work is sustained, because as Government, the success of the University is indeed our success,” Hon. Alupo said.

The Principal Investigator of the iLabs@Mak Project, Prof. Tickodri Togboa said the project will this year extend to more schools including the eastern region.

“Ever since we started, we have been pleasantly surprised by the level of innovation buried in these prodigies. Some of the ideas displayed at this level, rudimentary as they seem, are the envy of some of our fourth year students in engineering school,” he said.

Prof. Tickodri’s research projects have not stopped at just training these students in robotics. They have gone ahead to give internship placements to the best students. Last year’s winning team from St. Mary’s College Kisubi, has since the beginning of this year been working with the Centre for Research in Transportation Technologies.“I must hasten to admit that our continued interaction with the young minds has further strengthened our resolve to work harder, and provide more auspicious platforms in which our young ones can showcase their brilliance.”

“We are in the ultimate stages of realizing the KIIRA EV SMACK, a hybrid vehicle that incorporates concepts from the team’s innovation that was exhibited in a similar platform last year,” the Professor said.

“Our pioneer students in this competition, now sophomores in Engineering School, are miles ahead of their colleagues in applying science in practice. We have to lionize this effort so as to continually bridle the inhibitors to our young innovators.” 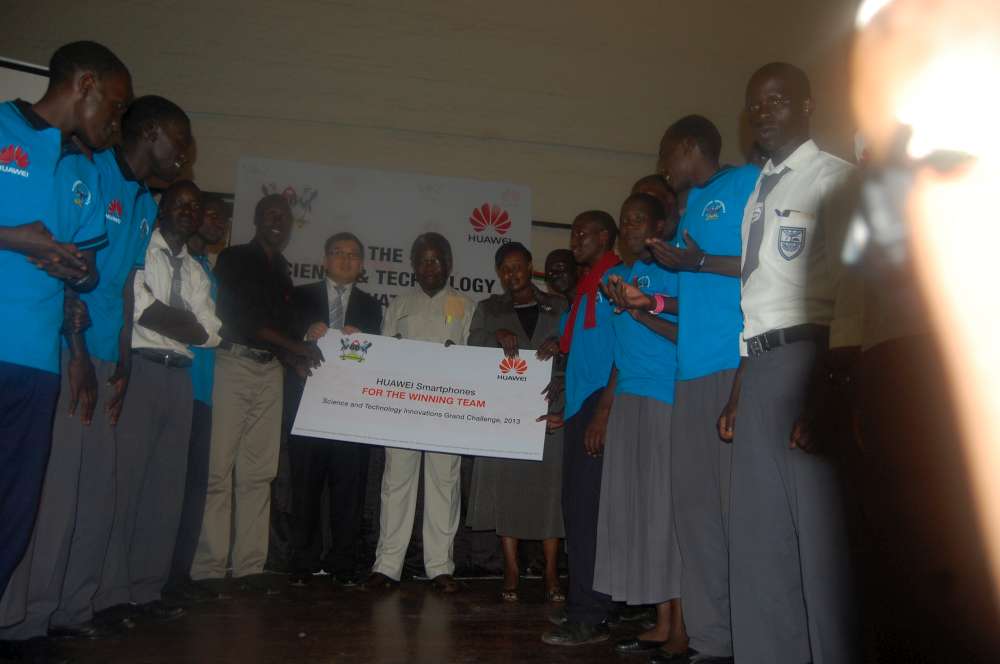 The Vice Chancellor, who was represented by the University Secretary, Mr David Kahundha Muhwezi, thanked CEDAT students on the ilabs@Mak project for training the secondary students and by so doing nurturing the young scientists.

“Through these projects Makerere University has demonstrated her relevance to society through science and technology innovations,” he said.

In 2010, the iLabs@MAK Project, supported under the Presidential Innovations Fund to Makerere University, undertook to promote science and technology incubation through institution of a project-based learning model in Ugandan secondary schools. This community outreach initiative is geared towards unearthing and supporting Uganda’s young innovators before they join University.

The outreach program presently covers 18 schools from all regions of the country. Students have been facilitated to form Engineering Design Clubs, equipped with hardware and software and trained to design and prototype meaningful robotics and electronics applications. The robotics applications are based on the LEGO NXT and EZ robot platforms. These prototypes are showcased at the Science and Technology Innovations Challenge, an annual event held first at Regional level, and then at National level.

For more pictures of the iLabs Technology Challenge Final, please visit our gallery