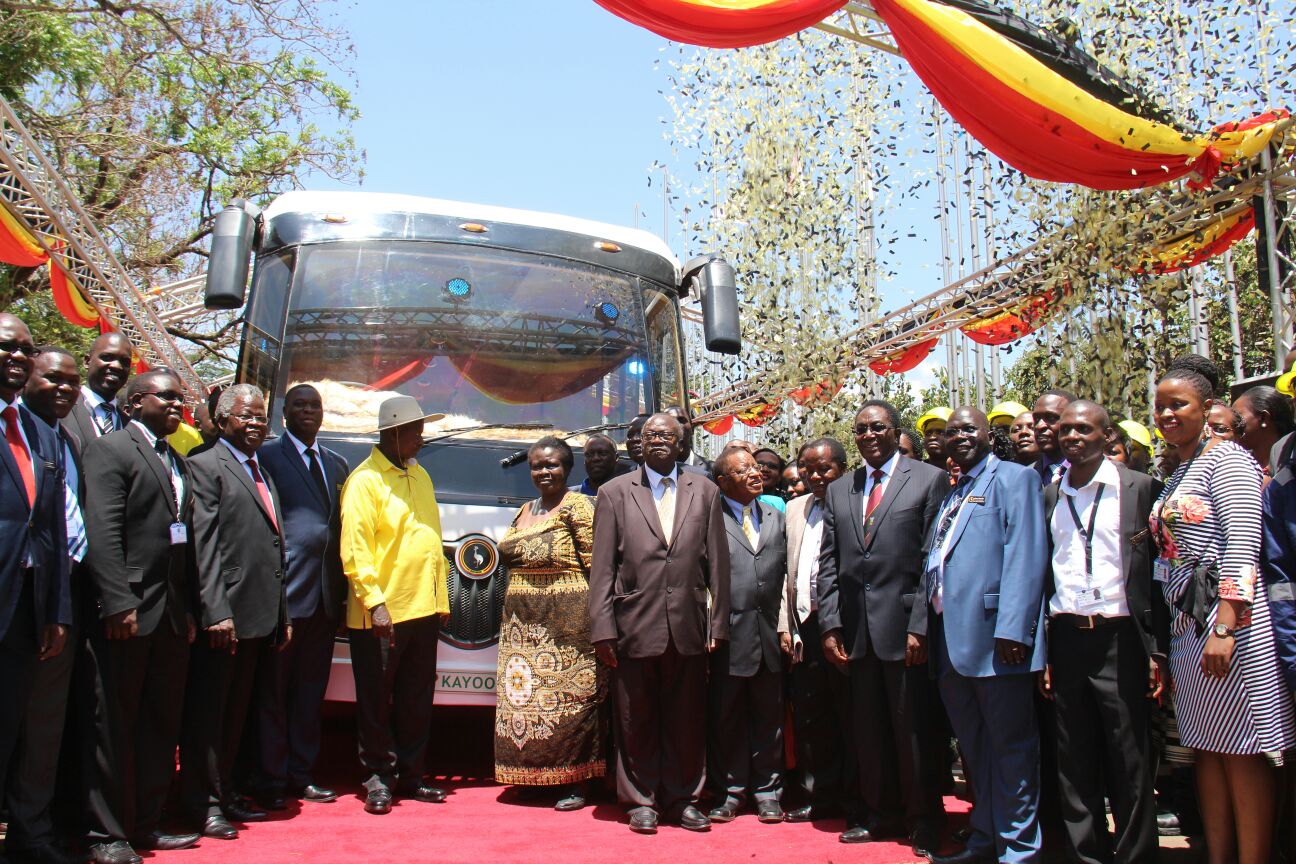 President Museveni on February 16, 2016 formally launched the Kayoola EV, with a promise to increase funding for Kiira Motors Corporation (KMC).

The president, siad the vehicle, which runs on solar power, was the future of the motor industry in Uganda.

“Solar energy is the way of the future – the only challenge is to make it affordable. Now that the roads and other projects have been done, we shall find the funds to [make sure KMC takes off] … we can’t fail at this one,” he said.

He explained that the project would raise 12,000 new jobs projected during the capital expenditure phase (running up to 2021) and another 2,000 after this, as well as a profit of $2m in 2032, during the manufacturing phase. This, he said was contained in the Kiira Motors Business case, which was developed by experts from USA, South Africa, and Europe. 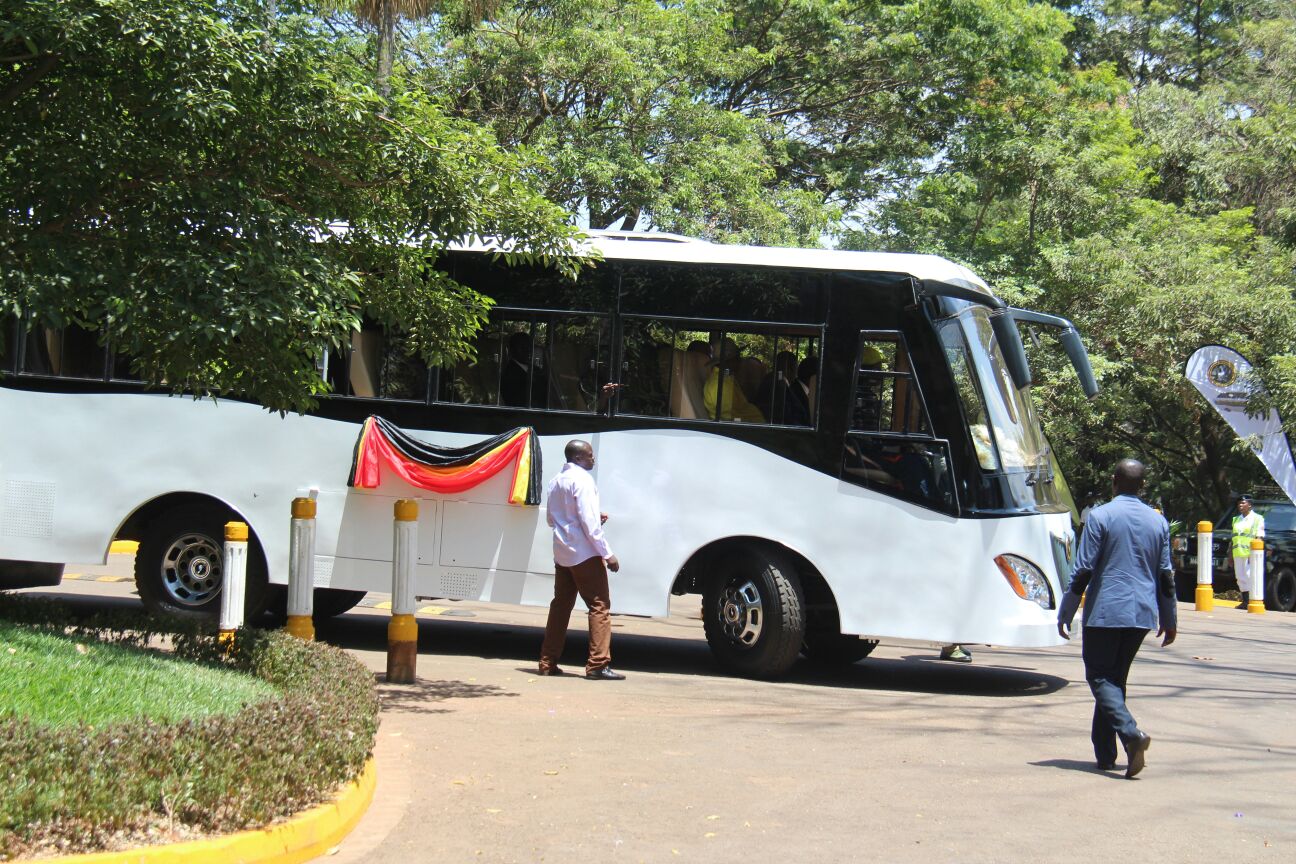 It elaborates the potential for automotive engineering and manufacturing for Uganda. The business case was launched by the Prime Minister Hon. Ruhakana Rugunda, two months ago.

Earlier, the president took his maiden ride in the Kayoola EV bus, at the Kampala Serena hotel. The KMC team showed him around the bus. He took a seat behind the driver, Moses Wasswa Kalule, a technician with KMC.

Impressed by the ride, the president heard from Makerere University’s Council chairman Eng Charles Wana-Etyem, who was also full of praises of the KMC team.

“This is testimony of Makerere’s academic research prowess in Africa. I’m delighted to show you that the KMC is composed of some of the best graduates of Makerere,” Wana-Etyem said.

The University Council chair commended Prof Tickodri-Togboa for his mentorship of the team behind the KMC.

“Makerere would like to continue being a strong partner in the drive to enhance research and innovation in Uganda,” he said. University staff. He requested the President for the enhancement of the science and technology innovations fund so that “scholars in Makerere can go to work, stat at work and stay in Uganda.” This way, he said, the world will be able to see what Makerere is capable of in developing the country. He thanked Uganda Development Corporation for partnering with Makerere to commercialise the Electric vehicles. He asked the government to fast-track the operationalisation of Kiira Motors.

He thanked the various development partners who have supported research and infrastructure development at Makerere University.

The President received an award from Prof George Mondo Kagonyera, the university’s former chancellor, for his contribution to the budding automotive industry.

Prof Kagonyera was one of the biggest supporters of the Kiira EV project, especially at inception. He contributed Shs3m to the Kiira EV motor team in 2007, as they headed for Torino in Italy for the auto challenge that eventually led them to uilding the Kiira EV, a two-seater electric vehicle.

It is hoped that the establishment of Kiira Motors would transform Uganda into a middle income economy by the year 2040.