As part of the Sida Annual Planning Meeting, the College of Engineering, Design, Art and Technology successfully hosted the 4th Annual Science Day. The conference and exhibition was characterised by dissemination of research in various areas such and Infrastructure and Land management, Architecture, Urbanism and Planning; Water Resources and Environmental Engineering; Engineering Materials and Applications; Renewable Energy Systems and Rural Electrification; Communication Technology and Geographical Information Systems (ICT&GIS). The exhibition was characterised by both poster and product exhibits.  Some of the products exhibited included paper made out of different types of grass, energy saving cooking stoves, dried pineapples, and various improved seeds and solar equipment among other things (see details below). The well attended conference and exhibition drew researchers from across the university to witness the research and innovations coming out of CEDAT. 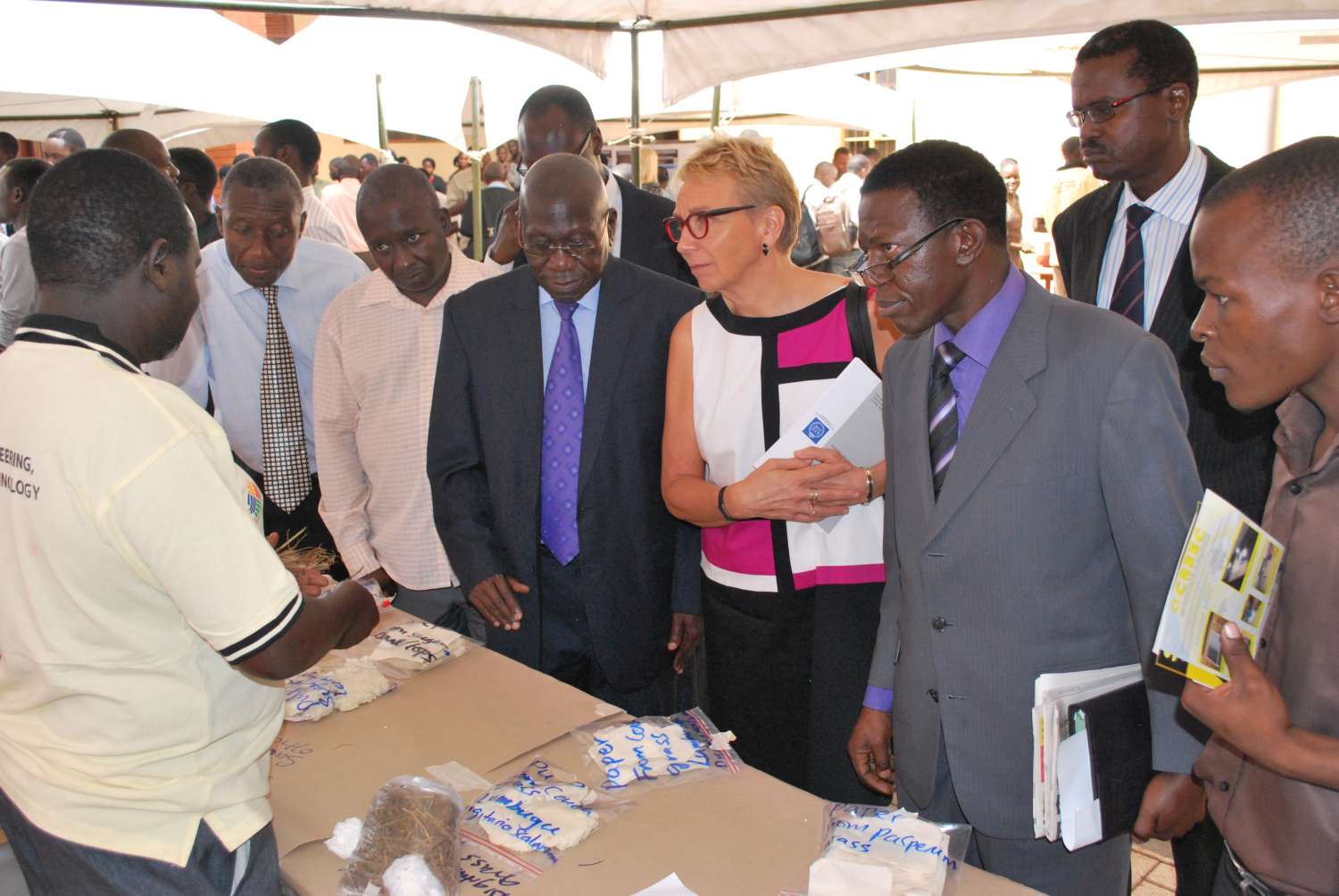 This was the fourth such day, the previous ones having been held at The College of Health Sciences, College of Agricultural and Environmental Sciences and College of Veterinary Medicine, Animal Resources & Bio-security.

Dr Katri Pohjolainen Yap, the senior research advisor at the Swedish Embassy commended the researchers on the ground breaking research they have undertaken.

Some of the PhD research included;

The researcher, Kamoga Omar Lwako M is looking at non-wood materials from which pulp and paper can be extracted.

His research was driven by the need to reduce deforestation and the increasing cost of pulp and paper as well as uncertainty of the future supply of wood. The researcher found it necessary to explore alternatives. 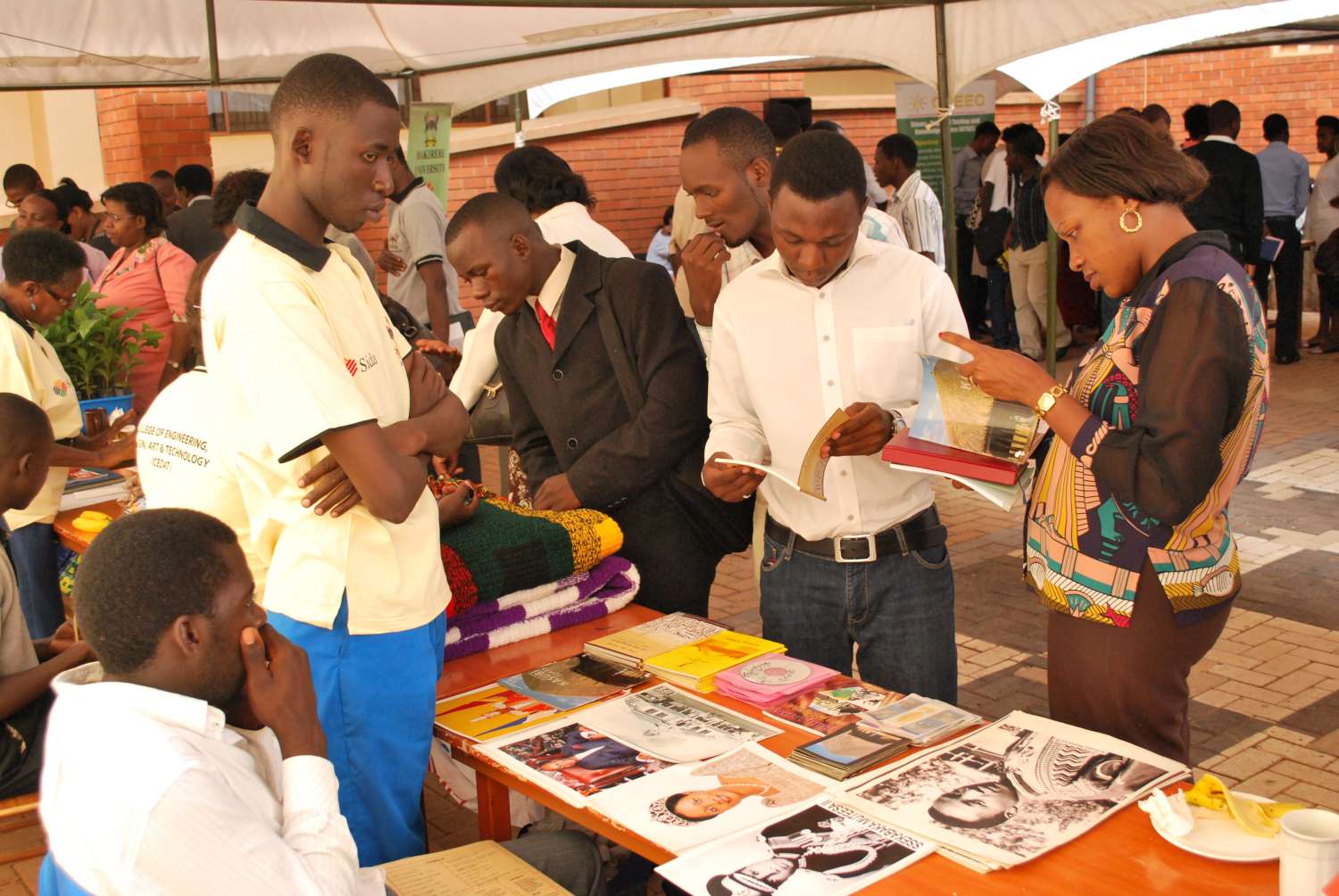 He discovered that Non-wood materials such as grasses and shed tree leaves are alternative sources of pulp and paper.

He collected four different grasses and leaves from four different trees from the two regions of the country, Eastern and Central Uganda from both rural and urban areas.

The grasses include lemon grass, sugar cane tops, couch grass and Pasperum. The leaves are those of coniferous tree, Mango tree, Mukokowe (Luganda), and Jack fruit.

He noted that the inadequacy of wood has prompted an attempt to explore alternative sources of pulp for paper industry in Uganda like many other nations that do not have sufficient forests.

Among the non-wood alternative sources of pulp which pose less environmental degradation effects are grasses and shed tree leaves, according to Kamoga.

Kamoga said four different grasses and leaves from four different trees were collected from the two regions of the country, Eastern and Central Uganda from both rural and urban areas.

The whole stalks above the ground in case of grass or the whole leaflets from shedding trees were sampled and prepared for analyses,” Kamoga explained.

He stated that, according to the chemical composition of the desirable components of the materials evaluated, all the four grasses may be exploited for pulp production.

From the research he said, the ranking in order of priority pulp extraction is that lemon grass is the most promising raw materials, followed by sugar cane tops, paspalum and couch grass.

Because of the high level of dangerous chemical (lignin) content contained in tree leaves, Kamoga said their priority pulp extraction is low.

Advantages of grasses over wood 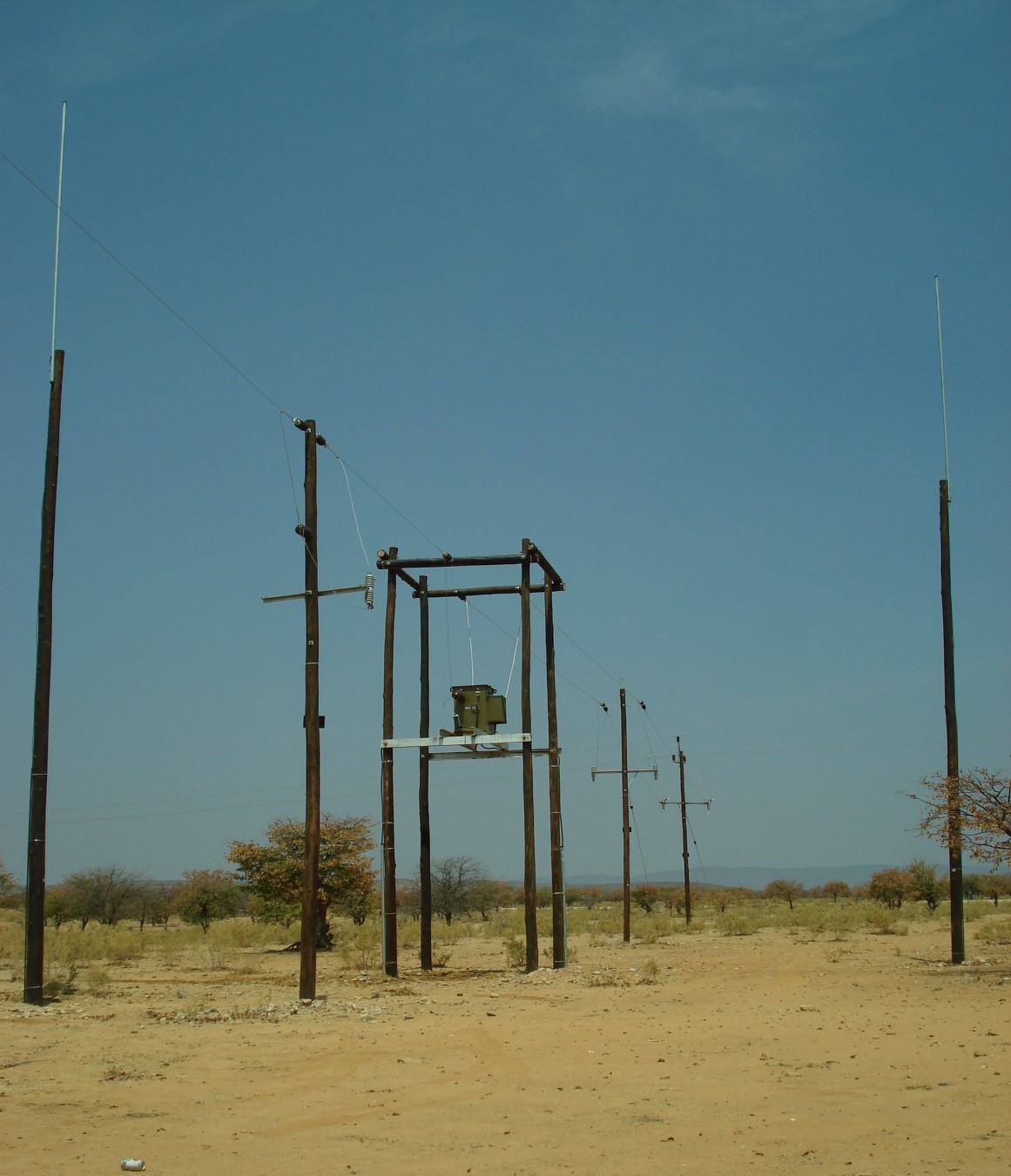 His research was motivated by the high cost of grid extension to rural areas, which are often characterised by scattered communities with low load densities. This means these communities require the use of low cost electrification technologies to ensure economic viability.

SWER, however, has its challenges in regard to earthing and safety as well as the dependency on earth conductivity to supply consumer loads.

The researcher set out to present models for optimal planning of SWER power distribution networks.

Improvement of salt mining and processing at Lake Katwe, Uganda

During his investigations, the researcher discovered ten new economically viable types of salts in Lake Katwe.

The above salts that precipitate from Lake Katwe can be used in the development of other commercially feasible products other than table salt that is largely produced of salt from the lake today.

Kasedde said glass can be made out of Soda Ash and Thermonatrite; Halite is used in processing table salt; and Thenardite is a major material used in the production of fertilizers and animal feed supplements.

Mirabilite is used as a purgative in traditional Chinese medicine; Trona is the primary source of Sodium Carbonate which is mostly used for water softening; Gypsum is used in the making of sculptures and building plaster but can also be utilized as fertilizer;

Nahcolite is a major source of Sodium bicarbonate which is used in making food additives, substances added to food to preserve flavor or enhance its taste and appearance.

Kassede said Lake Katwe is so rich in salt deposits that it can generate 40 tons of salt for over 40 years.

To come to the above types of salt, Kassede said he obtained samples of salty water (Brine) and evaporates from Lake Katwe and subjected them to field and laboratory analyses in a bid to establish their physical, chemical, mineralogical and morphological composition.

During the study, Kassede also established the solubility and sequence of salt precipitation from the lake water.

“Understanding the sequence of salt precipitation from the brine helps to control its evolution during concentration and hence will lead to an improved operating design scheme of the current extraction processes,” explained Kassede.

He said, he is therefore designing a smooth separation process aimed at extracting the various types of salts discovered above, a move he said eluded past efforts of government to commercialize salt production on Lake Katwe.

According to the researcher, rudimentary methods of salt mining are being employed for salt extraction on the lake, saying they undermine the full economic potential of the mineral.

Currently at Katwe, Kassede noted, Rock salt is extracted from the lake bed and there after broken using iron poles.

Sida through CEDAT supports Innovation clusters that were also present to exhibit the following items;

More pictures of the 4th Annual Science day in our Gallery