The Presidential Initiative support to modernizingand equipping laboratories has enriched science andtechnology education at the university by greatly expanding access and students’ exposure in the course of their education. The rehabilitation and modernisation of labs is another initiative easing student’s transition from the university to a world of work. 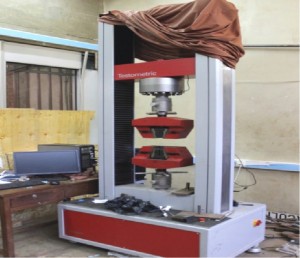 It is a platform that allows innovation, ignites self-discovery through practical experience, gives confience and provides critical thinking for students to stand on their own. These attributes are critical for success in the 21st century work places. The industry has often thought in terms of competences for their employees while carrying out their jobs. Even in today’s competitive world, the industry requires results-oriented competent people to perform their jobs profiiently as soon as they are recruited from educational institutions.

Along the way, the equipment purchased over the last four years for various labs has been used by students and senior researchers to enrich the scope in science and technology conduct experiments, fild work and access information and guidance across a broad range of areas in science and technology. This has boosted the research capacity of the university and allowing the university to claim its position among its peers on the continent and globally.

The equipping of the laboratories has had the following impact;