Of recent, some students have admitted that alcoholism is affecting their academic performance, and that was the basis of identifying yesterdays’ public lecture Guest Speaker, Mr Bill Kahirimbanyi Bekunda. Bill, a former alcoholic and rehabilitated addict, is the Executive Director of Healthy Youth Lifestyle Options, a non-profit organization that is helping families, companies and institutions save their loved ones from drowning in the vice-alcoholism.

While speaking to about 95 participants on November 15, 2017, Mr Bill Bekunda advised that alcohol has phases in which it destroys people’s lives. And if not stopped in time, one could even lose their lives, either due to the damage it has to the body or due to frustration or due to reckless behaviour, triggered by alcohol consumption. He said that as a habit, it starts lightly but becomes very difficult to stop.

“However educated one is, alcohol can be a dangerous substance,” he stressed.

To the students, in particular, he emphasized that they have a lot of freedom at the University and therefore they had to stay in charge of their lives. He advised them on how to make the right choices of events to attend, what to do at those events, and the type of friends they choose. 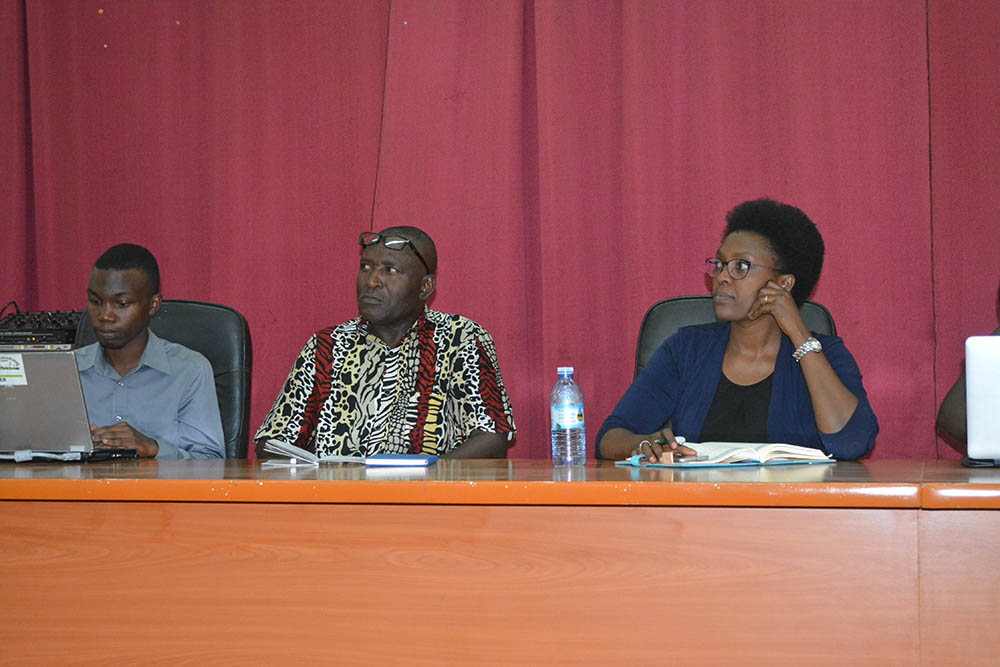 He shared with participants how several families are faced with the drinking challenge, and stated that his organization hopes that the government would take the proposed Alcohol Control Bill more seriously.

He concluded by saying that stopping or not engaging at all, or engaging carefully was a personal choice that individuals have to take, and cautioned all against enabling the drinking habit amongst the peers or families.

Some participants admitted that they were victims and sought Mr Bill’s continued advice. Some sought the advice on behalf of their parents and relatives.

He promised to keep the communication line open to support whoever is willing to break the addiction or abuse of alcohol.

Members of staff present thanked Mr Bill Bekunda for sparing his time to come and share with our students, in particular. They advised the students to take public lectures seriously since they are time-tabled in order to prepare them for life beyond academics and professionalism.