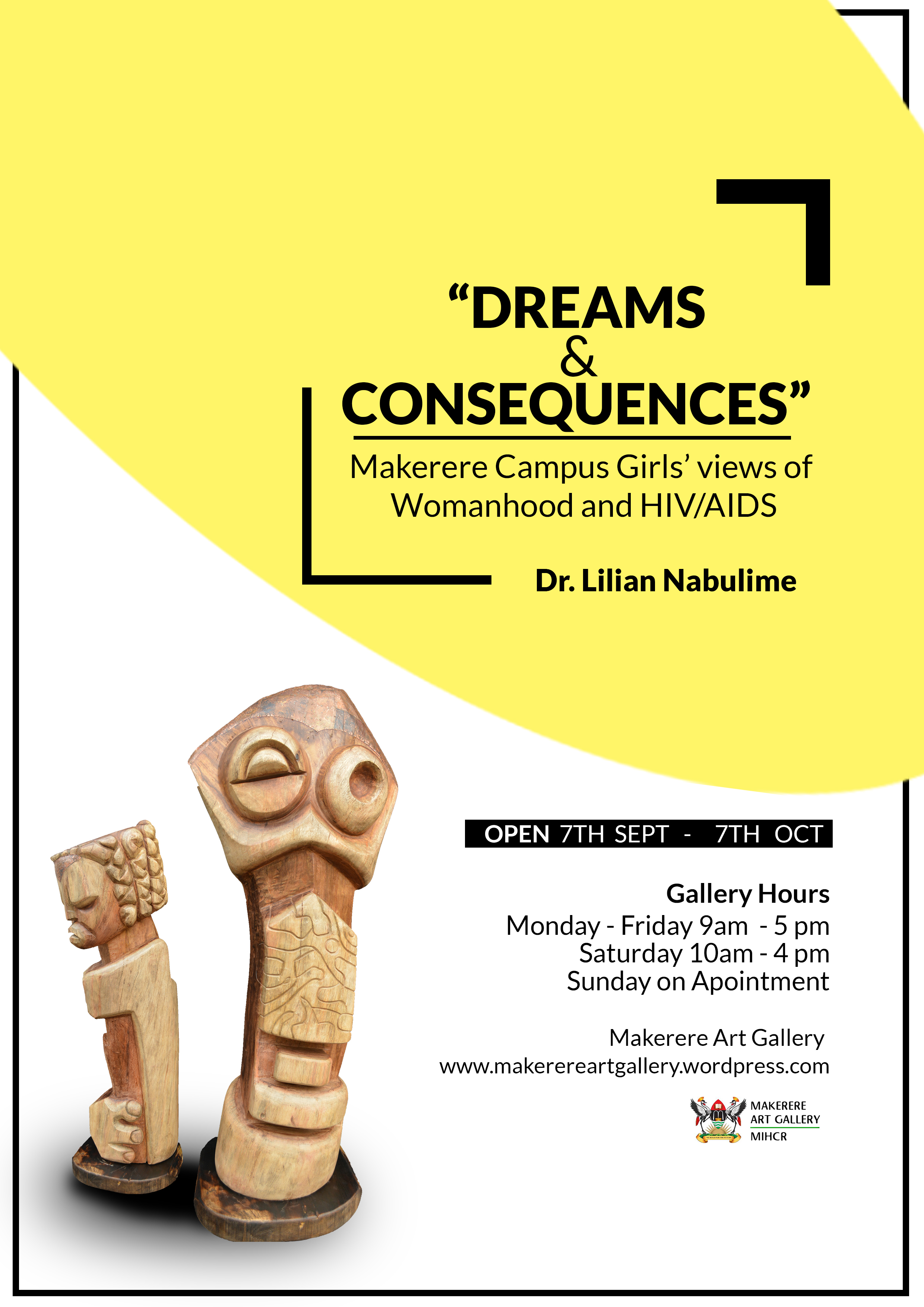 This exhibition is inspired by personal experiences and observations of young women at campus. As a lecturer at Makerere University, I am privileged to interact with many students, both inside and outside class. After talking with many young women about womanhood, I started making sculptures which reflect their fragile responses.  These mostly emphasised expressions, dreams and aspirations. Although womanhood would be regarded as a period of a woman’s adult life, the students’ thoughts were associated with the following expressions: “proud”, “feels good”, “valuable”, “confident”, “comfortable” ,“courage”,   “freedom and liberty”, “young and happy and loved”, “awesome/excitement”, “knowledge”, “education”,  “world at her feet (on top of the world)”. The young women also reported challenges, namely: “relationships”, “hard in terms of finances/money”, “responsibilities”, “setbacks”, “forget childhood memories”, “threatening”, “worldly/challenges/hindrances” and “competition”.

We occasionally talked about health concerns, for example about diseases such as HIV/AIDS and their consequences. Students were aware that HIV is “sexually transmitted” from mother to child and also through sharing sharp objects with infected people. Many were also aware of the possibilities of continuing to live a productive life while infected. They stated, for instance, that “treatment keeps it [HIV] down” and that it is “possible to live a normal life with HIV and this results from new drugs that are being produced”.

Many young women knowingly or unknowingly face consequences of their actions, namely: failure to take care of their health, leading to infections; body enhancements like hip enlargements and skin bleaching, which in the long run may cause cancer; bad habits like alcoholism, which can bring about a bad reputation, thus failure to concentrate on their studies.  The exhibition’s title, Dreams and Consequences, is the only way in which I would inclusively bind all these responses in a way that ignites curiosity in those who come across it.